One day in September the best and fairest. 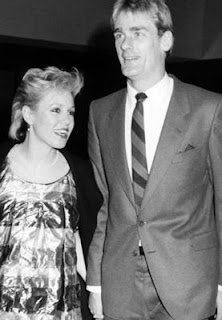 Spring is a special time and the bigmen fly in Melbourne. The Agriculture and Horticulture Show heralds the coming summer caped of by the Spring Racing Carnival.

How things have changed.

Show bags are not longer free and the content is not what they use to be.

Looking back Melbourne also is certainly not what it use to be. Much of its traditions and heritage has changed, not necessary for the better. Thank god we still have the footy and the Brownlow, even if a Victorian team is no longer a certain winner it is good to know that the Grand is still held in Melbourne.

One of Melbourne’s greatest heritage assets is under threat. The Carlton Gardens, which forms part of Melbourne’s and Australia’s only World Heritage Building site is once again under threat of over-development and miss-use. Melbourne’s Museum should never have been built on this site. It most certainly has compromised the significance and integrity of this World Heritage site.
Likewise the Melbourne Flower show is a serious threat to the well being and integrity of the Carlton Gardens, gardens that have been under severe biological and horticultural pressure as a result of the long period of draught. The Garden and Flower show is enjoyed by many and according to the State Government attracts 100,000 visitors. Whilst the setting is transformed and provides a picturesque traditional backdrop the Garden show the event is in reality nothing more then a trade show.

It’s relocation to another site would not harm the event but may save the gardens.

Sadly the show can not be located at the new exhibition buildings complex. “Jeff’s Shed” was another disaster in Melbourne’s planning and like the Museum and the Casino and Federation Square, in reality, another one of those past mistakes that continues to add to the lack of Melbourne’s success. For some unknown reason the Garden and Flower show cannot be re-located to the Agriculture and horticulture showgrounds. (If only the exhibition center was relocated to that site. The State Government in its lack of wisdom has decided that the Flower show is more important then the gardens itself.

What is not as well known is that it was John Brumby that advanced the Royal Exhibition Building‘s nomination for World Heritage.

At the time John was supportive of the local community, academics, town planners, the City Council and the local community, all who opposed the relocation of the Museum to this world heritage listed site. John should think once again about his decision to support the Flower show ahead of Melbourne’s only World Heritage site. Perhaps the show should be relocated on a rotating basis with the Alexander Gardens or better still the show grounds where it should have been in the first place.