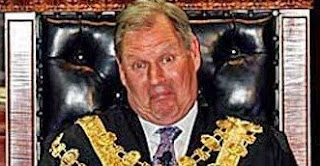 “Council is actually here [Council Meeting held on Thursday May 9] on both items [4 yr Plan and Council Budget] giving approval for public notice rather than giving approval or substantive debate of content because this is a work in progress we now send this process out for further comment from the public”
…
“We are starting to get comment already… I remind Councillors that those very people who criticise elements of the budget, like a small rise in parking fees of a dollar fifty, are the very people who at other times of the year are exhorting us to spend more on Christmas decorations, more on cleaning the City and beatifying streets, such as in Collins Street and that is one of the things for me [Robert Doyle] difficult to understand.”
…
“The amount we are raising, and I will ask the public to think about that, through the increases in parking and increases in rates equates to about 14 Million dollars. I often say to people in the consultation period what would you cut out.”
..
“That adds up to our entire Arts and Cultural budget. We could do none of that, if you like, but I do not think that will be the right answer. “
..
“It is a work in progress but I like to think pretty much of our work is done. I can not see us after consultation going back to first principles”

“It is open to councillors and everyone else to suggest changes or updates to the budget, for instance the 149 births at docklands where we mention zero rent … where many were packaged up with apartments by VicUrban”… “from 2025 we will be able to extract rent for those births”.. :”It is all about providing information in its correct context.”
..
“It is up to everyone to make submissions and suggestions.”

The Melbourne City Council audio recording of the meeting has been edited and a section deleted removing comments made by Lord Mayor Robert Doyle just prior to the taking of the vote and the closing of the meeting. (Listen from the end of Stephen Mayne’s Speech 1 min before recording end)

Submissions are welcome on the draft Annual Plan and Budget 2013-14.

The detail of what we will do and how we will fund our activities is agreed each year in the Annual Plan and Budget.

The draft Annual Plan and Budget 2013-14 is now out for statutory consultation.

Council’s Future Melbourne Committee will consider any written submission received on or before Friday 7 June 2013, at a meeting to be held on Tuesday 18 June 2013 at 5.30pm in the Council Meeting Room, level two, Melbourne Town Hall, Swanston Street, Melbourne.

If a person wishes to be heard in support of their submission they must include the request to be heard in the submission and this will entitle them to appear in person or by a person acting on their behalf before the meeting of the Committee.

The postal address for written submissions is: