News Limited, Jessica Evans, falsely reported that there are 5500 bikes using Princes Bridge which services an average 40,000 cars a day. Robert Doyle also claimed that the number of bicycle movements on the Bridge represented 10% of all traffic movements. 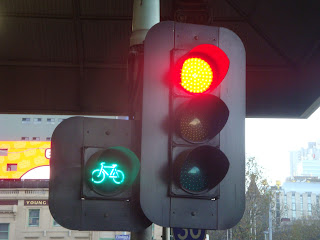 Vicroad’s maintains an induction loop counter on St Kilda Road in front of the Shrine of Remembrance and reports that the daily average number of bike movements on St Kilda Road to August in 2012 was 1652 (891N and 761S) and 2,691 bikes movements in 2011. Far less than the over inflated figure of 5,500 quoted by the City of Melbourne, the Bicycle Lobby and Journalists.

Independent counts undertaken the week before the lane closures indicated less than 2000 bikes use Princess bridge matching the Vicroads statistics A figure that concurs with the RACV’s data analysis.

This represents less than 5% of the overall traffic movements.

The greatest number of bicycle movements on the North bound lane across Princess bridge is in the morning peak hour 7:45AM to 8:45AM. 0utside this period on average there is less than one a minute.

Traffic congestion on the bridge extended beyond the peak hour period as motorists were forced into one lane whilst the bike lane remained empty. 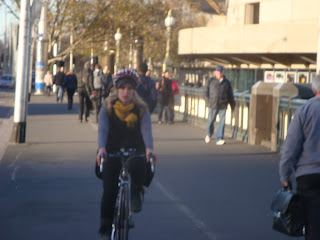 Monitoring of traffic on the Bridge during the morning peak hour showed that a number of bicycle riders continued to use the foot path as opposed to the provided dedicated North bound bicycle lane. Some even travelling in the wrong direction riding in the footpath South not North. 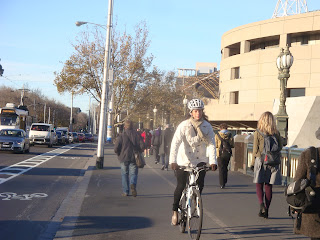 Activists critical of the City of  Melbourne’ Bike Network were sidelined by radio 3AW jock Neil Mitchel when interviewing Robert Doyle on Thursday Morning. Mitchel cutting them short by falsely claiming they were lobbyists.   It was clear that Robert Doyle and Neil Mitchel  did not want to have an informed debate or exposure of the false statistics espoused by the Lord Mayor.

The current elected City Council has not debated or approved in open Council meetings the closure of the Princes Bridge lane which was rushed through so money set aside for the project could be spent before the June 30 financial year comes to a close. The Princes Bridge Bike lane is on trail for 3 months. 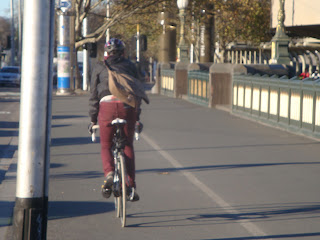 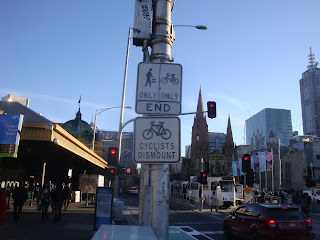 Cyclist riding South on the footpath in wrong direction