Whilst Foster gained some limited encouragement from the supporters of the Nanny State his proposed City wide ban is grandstanding at best, at worst it could possible set back the anti-smoking lobby’s cause years if not longer. 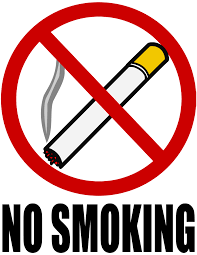 For the record, I am an non-smoker and hate smoking with a passion BUT I will not support a overbearing dictatorial ill-considered policy such as a blanket smoking ban across the city.   Local Council’s should have limited authority in imposing local laws without a referendum. Even then they should be subject to state government oversight. A smoking ban should be at a national or state level. Not a municipality going it alone.  We must oppose any form of gated community be it physical or ideologically.

Richard Forster is unlikley to gain support from his fellow Councillors let alone the State Parliament.  He has no mandate, there was no mention of a Citywide Smoking ban in his election policy documents

Lord Mayor Robert Doyle, rightly, has indicated that a citywide ban is unworkable and can not be enforced.  We are not going to have Municipal Bylaws Officers patrolling the street sniffing out smokers and issuing fines to offending persons.  The Council can not police its littering laws let alone begin to enforce a citywide smoking ban in outside public spaces.

An elastic band can only stretch so far and smokers are at breaking point and growing weary of the Nanny State mentality of regulations control and fines.

Foster, who is a member of the Carlton ALP,  does not have the support of the broader Labor Movement.

The notion of imposing a Citywide smoking ban in public places would rebound against the ALP and play into the hands of the Greens and the LNP.  If Foster’s brave new world of City control ever gained traction or taken seriously it would place at risk the ALP holding on to the inner city seats of Melbourne and Melbourne Ports (Both of which fall within parts of the City of Melbourne Municipal boundaries).

Smokers are tied of being singled out and pushed around, they will rebel and vote against the ALP Nanny State policy if push comes to shove. Having nowhere else to go but to support the LNP.  Foster’s policy, if allowed to develop unchecked, could tip the ALP into third place in Melbourne giving an undeserved advantage to the Greens holding on to the seat with the ALP possibly losing the seat of Melbourne Ports to the LNP as a result.

Foster really had not thought it through, removed from reality. It may have delivered him some headlines in the daily media but it has not won him any constructive support.

The other issue of concern is the impact the policy of enforcement, undermining efforts by our health professionals to limiting the impact of smoking.  An enforced blanket ban does not help it only hinders. It is the old adage what’s better  “A carrot or the stick”.  Those people that continue to smoke need support not condemnation or vilification.  They should be consulted not dictated to. To ignore their concerns would be political suicide and in the end would work against the broader interests  Foster has already came under criticism for his failure to follow through with issues and his lack of consultation.  This is just another example.
.
There is no merit or justification for the City of Melbourne to go it alone. A selective ban on certain venues maybe but not a city wide ban as proposed by Cr Foster.

Any proposed extension of smoking bans should be state or national wide and should bring on board the general community in support.  Imposed smoking bans should not be something that is imposed by City Councillors who find it to their personal disliking or those seeking cheap headlines.  There are many other ills in our society, the use of plastic bags and containers, excessive drinking both within the Council and on the streets, soft drinks and other sugar based products even coffee all of which cause harm.

Education not regulation is the solution.

The best thing Foster can now hope for  is that the Council rejects his proposed Nanny-State Smoking-Ban and the issue is soon forgotten and the wounds caused healed, but it may already be too late as the damage has been done.  Once a bell has rung it can can not un-rung.