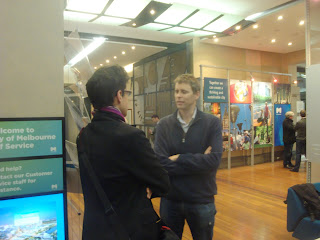 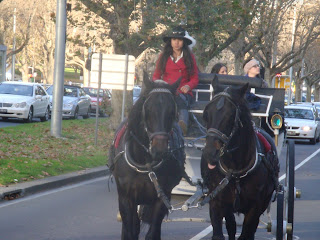 Rohan Leppert was elected to the City of Melbourne last October, his election was due to a flaw in the method of counting the vote which inflated the value of the Greens at the expense of Team Doyle. 8% of Melbourne voters were disenfranchised as a result of the system of proportional representation and the use of the Droop quota. Under the Droop quota the total number of vote is divided by ten and a slice of the cake discarded

Analysis of the  2012 City of Melbourne votes, using a full proportional voting system where the cake is divided into nine slices, indicates that Rohan Leppert would not have been elected, in his place community candidate Kevin Chamberlin should have been elected.  A pure proportional system would not have discarded or disenfranchised Team Doyle’s 8% surplus, each vote would have equal weight.

Rohan Leppert is calling on the City Council to refer the conduct of the Victorian police to the newly created IBAC anti-corruption body.

Rohan Leppert will not secure support for what is widely considered to be pure opportunism and grandstanding.   More importantly it is an abuse of process. If Rohan Leppert sincerely believes that the events surrounding the Occupy Melbourne protest warrants criminal investigation and review by IBAC he could have acted as an individual or with the support of other organization. IBAC ahs much more important issues to consider then frivolous political opportunism.  further there are other avenues for review that should be considered prior to referral to IBAC

Rohan Leppert is a clear indication the style of  politics advocated by the Greens.   There are much more pressing issues such as the need to restore open and transparent governance in the City Council, issues related to traffic management, infrastructure,  planning ,finance and electoral reform that need addressing that Rohan Leppert has not addressed.

Whilst Rohan Leppert seeks to claim the mantle of civil libertarian the fact is he is naive and undemocratic.  The Greens themselves are renowned for the lack of transparency in there party policy development with Journalists denied access to their state conference forums.  Rophan Leppert himself has also been critic for banning those critical of Green policies from following him on Twitter.  A case of do as he says not what he does.

Rohan Leppert, having been elected to the City Council  must also consider his fiduciary duty to the Council as a whole and the  Councils local laws not sectional political grandstanding.

This issue would also be a test of integrity for other City Councillors including Jackie Watts, Richard Foster and Stephen Mayne.

Councillors Richard Forster, Rohan Leppert and Stephen Mayne have already reneged on their commitment to Open and Transparent Government

“Doing nothing is not an option“.- Richard Foster “Our Melbourne” @Richo_Foster That is until he was elected. Policy and commitment for Open and transparency out the window.

Within less than 2 months of being elected @Richo_Foster continued practice of secret meetings behind closed doors locking out the public .

Greens’ Rohan Leppert “there were issues of transparency that needed to be addressed“. Leppert, like that of his predecessor Greens Councillor  Fraser Bindley before him, also supported closed meetings subverting s89 LGA

On November 27 The City Council held a “Decision by Proxy” Councillor Forum meeting locking out the public and community.  No reports and no minutes, No accountability.  No Transparency. Policy on the run hidden from public view.

Meetings to be open to the public