Here is another example of the hypocrisy coming from the John So team looking to become Melbourne’s Next Lord Mayor.

Singer wants to “engage the community” in consultation and feasibility studies to establish a River ferry service up the Yarra.

The idea of a Bayside ferry has been around before.It is not new, but always gets an airing come election time. Melbourne is not Sydney nor is it Brisbane. A Bayside ferry service from Frankston to Melbourne and Williamstown to Docklands has some merit But does it need to travel up the Yarra to Crown Casino?

The environmental and safety effects of a high speed river transportation service is prohibitive for a river the size of the Yarra. But hey Singer needs something to get his name out and about town.

Gary Singer’s proposal for a river ferry service one the Yarra has not been well thought out or researched. Why has it taken him so long to come out and promote this issue? He has been on Council for four years. It’s just another electoral pipe-dream to try and make Singer look good. 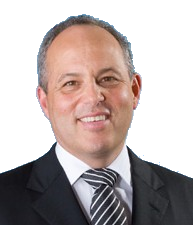 Singer is only interested in consulting when it suits his agenda and not the electorate.

Whilst Singer claims he is all for community consultation, like Catherine Ng, Singer thrice refused to allow the community the opportunity to consult and review Melbourne’s representative model. Thrice he and his team voted against consultation and refused to calling on the State Government to include the City of Melbourne into the formal review process. Every other Municipal Council is required to undertake a review every second term. WHY NOT MELBOURNE?

This will be Singer’s farewell swan song and I guess a bottom of the Yarra scheme is well suited to his professional experience. (See Singer trust 1 2 )

Singer is expected to attract no more then 5% of the vote. He is in effect a stooge candidate to collect preferences for Catherine Ng.