Colorful Nick Columb calls a spade a spade and a Doyle a dude. He correctly highlights the shortcomings of Doyle’s campaign and his suggestion that Doyle is supported by Radio joke Neil Mitchell.

Doyle does not deserve the job of Melbourne Lord Mayor. 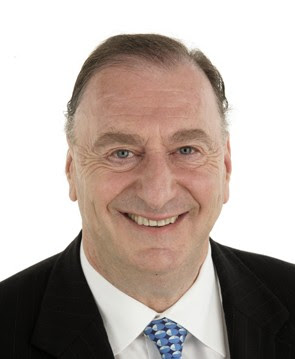 12:36 Hi Robin. Robert Doyle could not handle the fact that he was unable to obtain the preference deal he was seeking, and reacted inappropriately. He was informed more than 30 hours before preferences closed that he would not be getting our second preference, and then threatened to destroy our campaign on the Neil Mitchell show. By the way, he claims Mitchell is endorsing him which Mitchell publicly denies. I don’t think people will forget that Robert Doyle led the Liberal Party in this state to what is historically its worst election result, in 2002.

[Nick Columb] Robert Doyle is on about nothing in particular, he wanted to get a preference deal which was to put him number two on my ticket. We decided not to put him number two on the ticket and my campaign manager spoke to him a day and a half before that, He ranted and raved and carried on like a spoilt brat and threatened that he would come on your [Neil Mitchell’s] program and destroy my campaign and he was good to his promise, because he came on and attempted to do it.

I hope the people of Victoria can see through him this time like they did in 2002. because it is not on that he should do that.
…
I was very angry. It is no good for a candidate to personally attack another candidate without it being true. It’s untrue. He just did not get his way, his petulant, he was abusive, he was threatening. He came on he claims that you [Neil Mitchell] are behind his campaign and he is using you to forward his message. In fact your the only message that he is distributing. [Reference to Herald Sun article] he is arrogant enough to not to bother talking to the electorate. He does not send out his policies, he does not talk to anybody. He is just going to put a big billboard up with his face on it.

[Neil Mitchell Comment] I am not part of his campaign.

[Nick Columb] He claims that you are and he claims that the Herald is and the Herald says they are not too. So he is wondering around and making claims attacking people like me. Hopefully people understand that he [Robert Doyle] is not the sort of person that ought to be in the town hall. In fact he is a great example why failed recycled politicians shouldn’t be allowed to get into the Town Hall. In fact independents is what the town hall needs, not party political people.