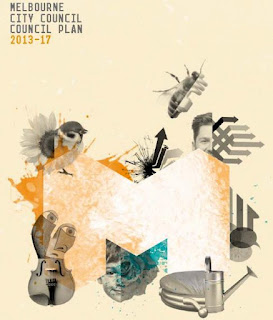 The Melbourne City Council has published its four year plan and 2013-1014 budget.  In an embarrassing oversight the Council nearly passed a recommendation approving the wrong City plan.

The recommendation outlined in the notice paper listed

Recommendation from management
8. That Council:
8.1.approves the draft Council Plan 2009–13
for release for public notice (Notice)
from 10 May to 7June 2013

Should have been the 2013-2017 draft Council plan
Thankfully a member of the public altered the Council to the administrative oversight and the Council was able to amend the recommendation before it was too late.  Had they not  done so they would have had to convene another meeting to pass the correct motion, costing ratepayers 10s of thousands of dollars.

As much as I would have been amused I could not sit by watch such a blatant oversight go unnoticed.  That’s our Council administration for you.